I wanted to try out the reverse applique technique but desided to make my first experiments with some affordable store-bought t-shirts. I'm only a beginner in sewing and things don't come together in just like that so I didnt want to accidentally ruin the result of my hard work with trying an unpracticed technique to a self-made garment.

My husband gave the idea to both of these projects and I just tried to capture his vision. The number shirt had his inspiration from a football jersey, with numbers on both front and back. The numbers are trying to mimic the numbers on Finland's football/soccer national team although I couldn't find the exact match.

The second one is, of course, a tribute to Superman and my own lil Superman with his initial instead of the traditional S.

I'm very happy to both, and especially to the Super M. Next I will dare to try this on self-made clothes too! 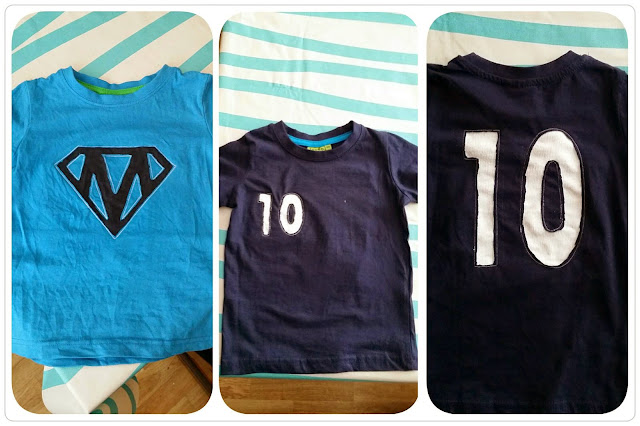